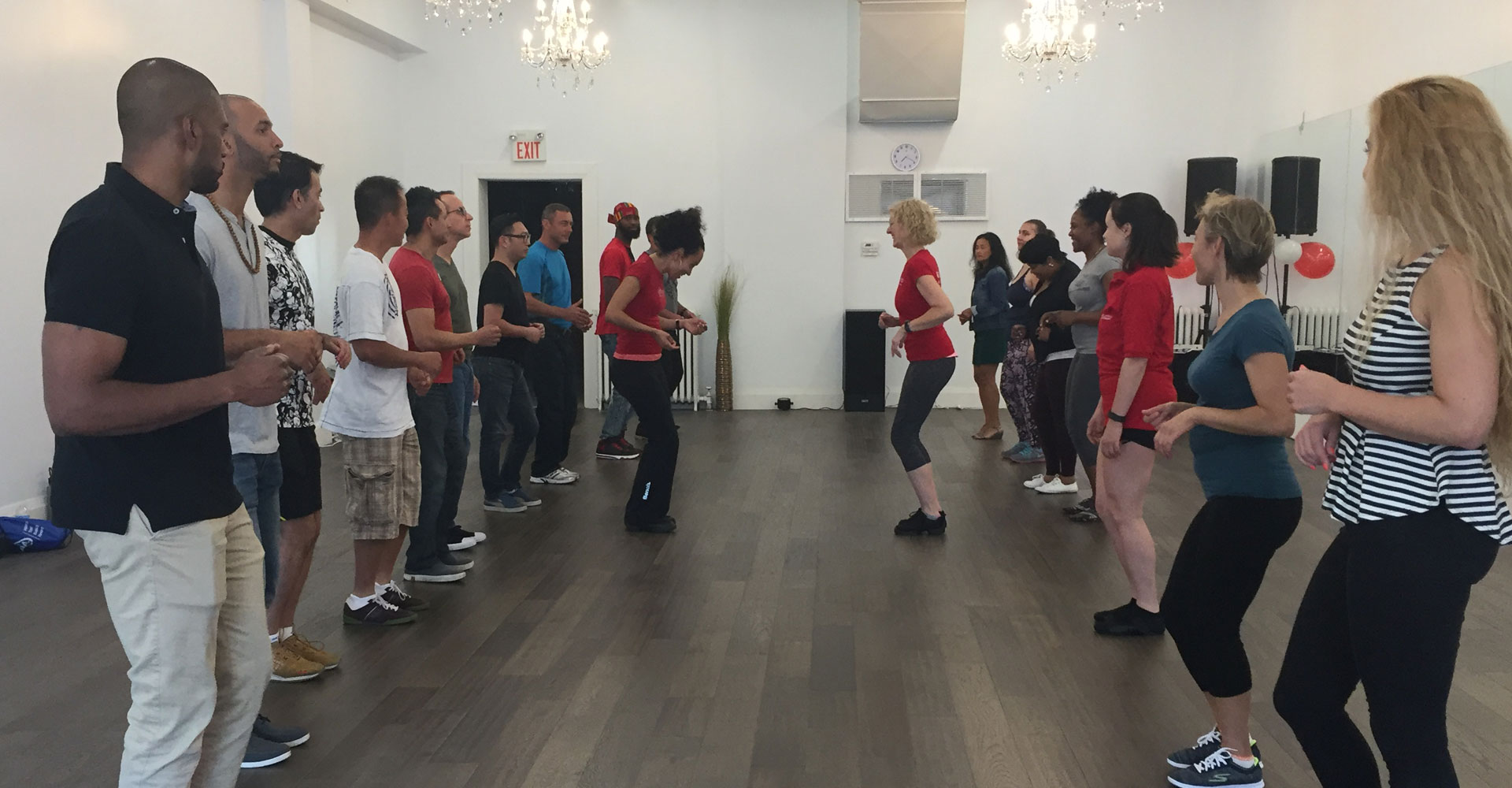 Currently a dance craze that has been taking the world by storm, becoming emensely popular in Europe and growing in popularity in North America and everywhere else, kizomba is a dance originated from Angola. Its direct predecessor is Semba, with which shares the foundations and all the basic steps, which we are proud to be the first school in Toronto also offering it.

Semba is a style of dance originating from Angola, that lays down the foundation in terms of steps and use of space for what later on became known as kizomba. With the popularization of zouk music from the French Caribbean in Africa, and the subsequent mixture of musical styles that musicians in Angola started creating, the same steps already used in semba continued being used in what soon after became known as kizomba. So from a dance point of view, kizomba is in a way a variant of semba, that brings in a more romantic feel, whereas semba tends to be more playful. Both require a high degree of connection between the dance partners.

In our kizomba lessons in Toronto you will learn the framework, technique and feel of kizomba, in a progressive and structured way, always keeping in mind the cultural background of the dance. Our new program structure will be offering ongoing classes in 3 different levels: 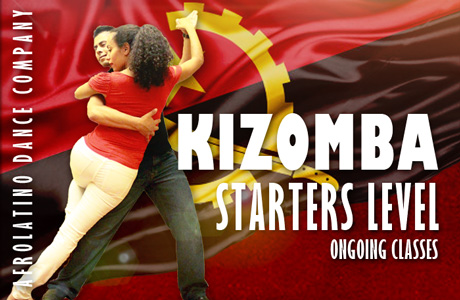 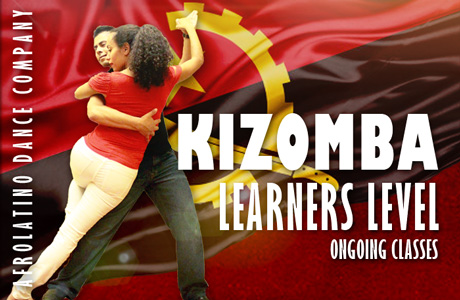 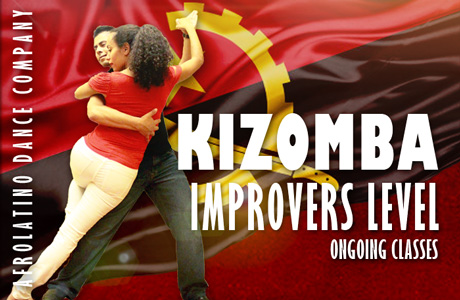 Kizomba dance has been taking the world by storm, after emerging from Angola in the 80s. Extremely popular in most European countries, kizomba's wave has now hit Toronto and is here to stay! A partner social dance that is best known by its sensuality and smooth flow, it became first popular in the 80s in Angola and from there in the other portuguese-speaking African countries. It was only in the 2000s that it started taking Europe by storm, first Portugal (for obviously having the biggest Angolan expat community), then gradually the UK, France and Spain.

The word kizomba was in use back in the 50s in Angola, more specifically in the region of the capital Luanda, as a word from kimbundu, one of the local dialects, simply meaning party. With time it became associated with a musical genre that emerged from the blending of Angolan semba rhythm with French Caribbean zouk, specially after the visit to Angola by zouk superstar band Kassav, in the 80s. Kizomba these days is the name for both the musical genre as well as the dance that is often associated with it.

KIZOMBA AS A MUSICAL GENRE

Kizomba was born in the 80s from the blend of traditional Angolan semba music with French Caribbean zouk rhythms, giving it that smooth romantic feel. Mainly sung in portuguese or kimbundu, many people these days use the word kizomba as an umbrella term that includes zouk, ghetto zouk, cabo zouk, zouklove, tarraxinha, and non traditional semba. In fact, the difference between kizomba and semba is a gradient, with many songs these days, sitting right in the middle of this spectrum. 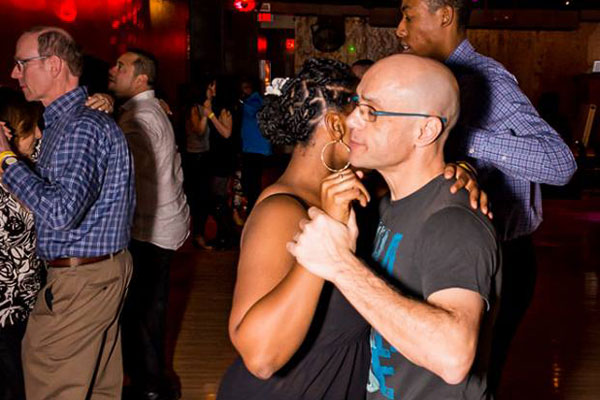 KIZOMBA AS A DANCE GENRE

Kizomba dance has evolved mainly from semba, an Angolan traditional dance that emerged and became popular in the 50s. For Angolans there is no big distinction between the steps used for kizomba and the ones used for semba, other than the usual slower tempo dictated by kizomba music which tends to be romantic. For many Angolans kizomba sinply uses a subset of the steps that semba has, where some of the more extravagant/playful elements are not present. It is worth noting that even semba has had over the years some infusion of ideas and steps from tango as well as Cuban partner dances such as Son. Some of these influences have naturaly made their way into kizomba as well. Angolan traditional kizomba emphasizes heavily on smoothness and fluidity, using the music as a steady compass.

In the last years a new style of kizomba has been emerging from Europe, where the interpretation of the music and dance has taken a more edgy/hip-hop approach. In this style, now called Urbankiz, there are more influences of tango as well, and the couples are often seen pausing and changing the tempo of steps.

Our Kizomba lessons in Toronto will introduce you to Angolan style.