Kizomba as a Musical Genre

Kizomba as a Musical Genre

The role of Semba and Zouk in the genesis of Kizomba

Many people just becoming familiar with these musical genres, erroneously confuse (traditional) kizomba songs with being semba. A common misconception is that if a song has faster tempo then it should be a semba song.

So, in order to understand this "mystery", let's look at the history of Kizomba, by learning a little bit about its predecessors. 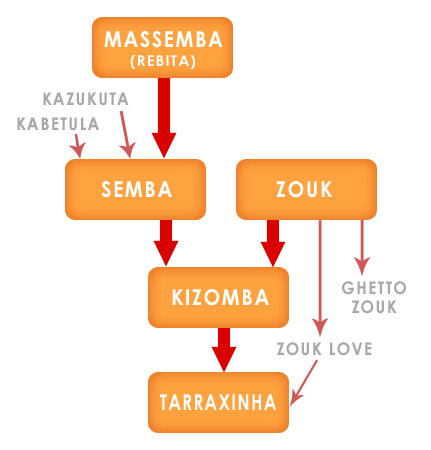 Evolution of Kizomba as musical genre

According to Prof. Jomo Fortunato, a renowned Angolan historian, the oldest references to the word semba, absent from missionaries' dictionaries published between 1591 and 1805, first appeared in 1880 in the book “Os sertões d’África: Apontamentos de Viagem” by Alfredo de Sarmento, a writer associated with colonial literature, and later in the novel "Nga Mutúri”, by writer and journalist Alfredo Troni, published for the first time as newspaper serials in the year 1882.

In turn, Alfredo Troni, an intellectual with the greatest knowledge of Luanda culture, describes a batuque in Luanda, at the house of “Nga Mutúri”, as follows: “It was a spoken batuque… There was a knock on the door at midnight and in came Serra, who had just arrived from Casengo, in Cunga. Nga Mutúri was delighted and returned the two sembas Serra had given him."

Both according to Alfredo Sarmento and Alfredo Troni, the word “semba” preserves the meaning of “umbigada”, regarded as a metaphor for sexual intercourse and highly criticised by the more conservative segments of colonial society. Furthermore, Alfredo Troni illustrates the dance environment and the “spoken batuque”, vital to the contextualisation of “Massemba”, the rhythmic basis of which lies in the semba we know today.

Massemba, a popular “belly” dance executed by pairs of dancers, is the plural of semba, the name which came to be given to the most representative musical genre from the Luanda region. Danced in the street on free afternoons and on moonlit nights, massemba, progressed to the graceful guitars of Liceu Vieira Dias, José Maria and Nino Ndongo, giving rise to semba. Massemba was referred to by the Portuguese name of Rebita when it began to be played in dance halls, where it was backed up by the accordion and the concertina.

The process involving the mixing of massemba and rhythms of kazukuta to the guitar, a type of accelerated massemba, gave rise to the “wild batida” of Liceu Vieira Dias and semba in the form of the innovatory proposals of José Maria and Nino Ndongo, in their most varied known rhythms.

Semba is currently one of the most important rhythms in Angola, and the predecessor of several music genres such as Samba (from Brazil), Kizomba and Kuduro (both from Angola).

The influx of Angolan instrumentalists to urban areas and the evolution of western musical technology had an influence on the rhythmic structure of the sound of semba. Groups which used acoustic guitars, dikanzas, snare drums and shakers in their early days began to introduce electric and electrified instruments. An interesting phenomenon occurred with the group Africa Show, the first Angolan musical band to successfully introduce the organ, representing an aesthetic posture which was different and more geared to the demands of an urban audience, which followed equally the evolution of European and American music.

As a result of the closure of the main recording studios after the independence of Angola in 1975, zouk music began to take over at parties, and the majority of Luanda´s radio stations played this type of music. A rhythmic mixture of semba and zouk, often played at parties which back then were simply called kizombas, became young people´s music of choice in the 1980s. Kizomba (a word in Kimbundu , the local dialect in Luanda, simply meaning party) became synonimous with this new style of music.

It is considered by many musicians and historians that Eduardo Paim was one of the most important founders of kizomba as a musical genre. Other important contributors to its creation were Paulo Flores with his lyric writting techniques, and Ruca Van-Dúnem with his use of synthesizers. It should be reiterated that the musical projects Kijila I, II and III, the result of Eduardo Paim, Ruca Van-Dúnem, Ricardo Abreu and Luandino having met up in Portugal, can be regarded as a milestone in the creation of the rhythmic structure of the kizomba genre.

Distinguishing Kizomba from Semba and Other Sub-Genres

To complicate matters further, many Angolans simply use the term "Kizomba" as an umbrella term that includes other styles such as tarraxa, ghetto zouk, colazouk (a mixture of coladera from Cape Verde with zouk), together with Semba and actual Kizomba.

As a general rule, the following instruments are preferred by each of the genres:

Although it can be present in semba music as well, the keyboard in kizomba is predominant, a legacy from zouk

Another influence from zouk, the bass guitar in kizomba tends to be strong and very predominant

Kizomba music will often make use of other live instruments such as drums, guitars, horns (trumpets, saxophones, etc), and other percussion instruments, an influence of its Semba roots.

The following examples show classic kizomba songs that may be mistaken by novices for being semba, in order of appearance:

Also known as reco-reco, the dikanza is a fundamental percussion instrument in semba

A classic instrument present in every traditional semba song

Examples of recent semba songs, in order of appearance:

Most instrumental sounds in Tarraxinha are made using a keyboard

Exclusively used, instead of a regular drum set used in Kizomba or Semba

Tarraxinha, or simply Tarraxa, is characterized by a strong electronic sound and a heavy electronic bass. This style of music is produced entirely synthetically with a drum machine, keyboards and vocals. The resulting music has a very heavy and pumping feel to it and is typically danced with more emphasis on isolated hip movements, undulation and steps that do not travel a lot. The following examples show some popular Tarraxinha songs, in order of appearance:

Most sounds in GhettoZouk are made using a keyboard

Exclusively used, instead of a regular drum set used in Kizomba or Semba 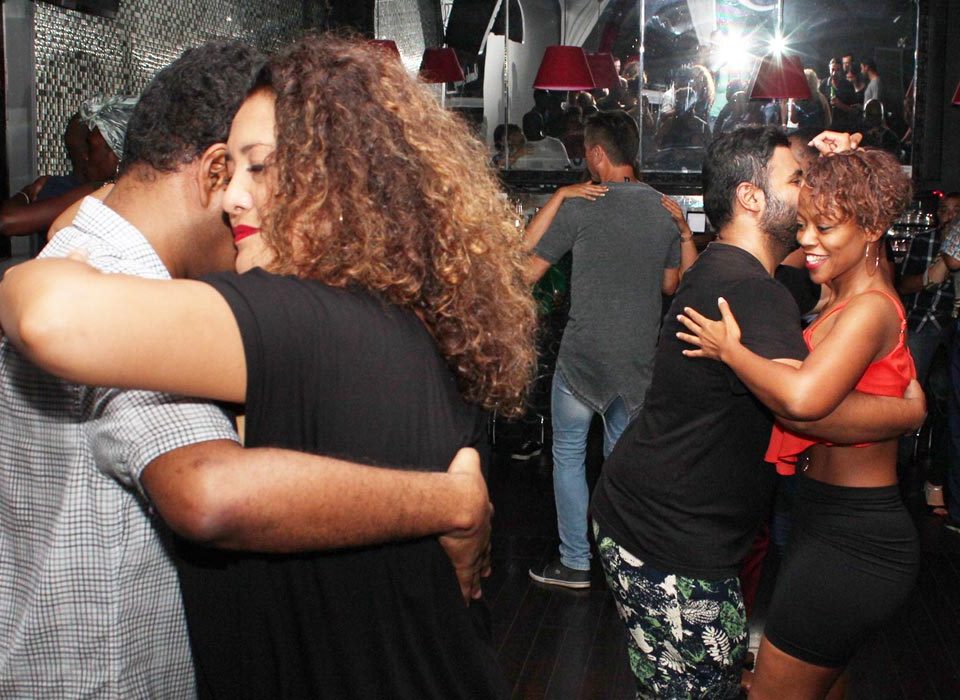